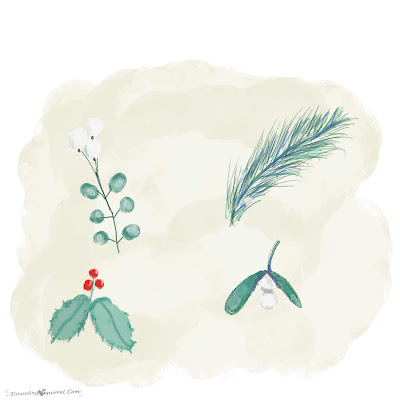 And today, I was inspired by a brilliant winter greenery tutorial by Shayda Campbell on YouTube.

Christma has always felt a bit "blah," grey and difficult to illustrate, as everything turns so
Now, as her tutorial is for physical watercolour, I knew that some changes would be needed to pull off a similar effect in digital watercolour in Krita 4.2).

For example, graphics pens are wonderful. But colour mixing, mostly at least, has to take place with them in different strokes or layers, rather than mixing on a palette.

And once there was one change...Well, suffice to say that I seem to have ended up with mistletoe rather than cedar...no pinecones, holly with many less berries,  and very whimsical white berries, that  don't look like Shayda's snowberries at all...

In other words, the final result doesn't really resemble the actual tutorial in any way.

But I did learn a lot from the technique, and enjoyed playing with a much lighter colour palette than I normally would. Thank you Shayda for a great and inspiring tutorial. It certainly isn't your fault that I seem incapable of following anyone's tutorials without going completely into my own world instead. :-)

New Inspiring/Funny Quote Illustration: Life *Is * A Bowl of Cherries. But... 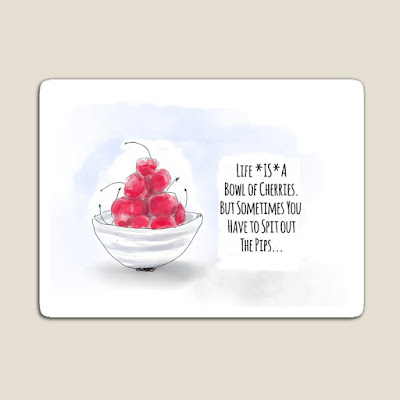