Feel Good Racoon Pic & Idea: Cuteness is Good For You...

Couldn't resist this cute little racoon, but today there's an idea to go along with him. Scientists in Japan have discovered that cuteness really is good for you. In their experiment, participants who watched particularly cute videos perfomed better straight afterwards on tasks needing concentration than those who had watched less cute animal videos...

(I'd love to have been there beforehand, when they "had" to watch lots of animal videos to decide which was cutest, wouldn't you?)

Anyway, the upshot of this is clear. There's no need to feel guilty (if you ever did!) about spending some time each day watching cuteness: it's officially good for you, too.

If You Go Down to The Bench Today (You're in For a Big Surprise)... 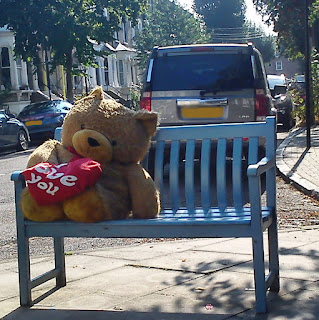